You are here: Home / Publications / PanCareLIFE

You can read the full open access publication here. 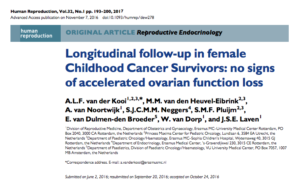 STUDY QUESTION: Is the long-term decline of ovarian function, as reflected by a decrease in serum anti-Müllerian hormone (AMH) concentration, accelerated over time in female childhood cancer survivors (CCS) as compared to healthy women of the same age?

SUMMARY ANSWER: The median decline of AMH levels in long-term female CCS is not accelerated and similar to that observed in healthy controls.

STUDY DESIGN SIZE, DURATION: Longitudinal single-centre cohort study in 192 CCS in Rotterdam, The Netherlands, between 2001 and 2014.

PARTICIPANTS/MATERIALS, SETTING, METHODS: Serum AMH levels of 192 adult female CCS were assessed, at least five years after cessation of treatment and at a follow-up visit with a median of 3.2 years (range: 2.1–6.0) later and were compared to the age-based P50 of AMH in healthy controls.

LIMITATIONS REASONS FOR CAUTION: We selected CCS that visited our late effect outpatient clinic and who had two AMH levels available. It is conceivable that women without any apparent late effects of treatment as well as women with extreme late effects, which might be the ones with the largest impact on ovarian function, could be more likely to be lost to follow-up. However, general characteristics did not differ between the included and excluded patients.

WIDER IMPLICATIONS OF THE FINDINGS: While prospective longitudinal research is required to strengthen our findings, they may help physicians to counsel female CCS about their expected reproductive lifespan.

You can read the full, open access article here. 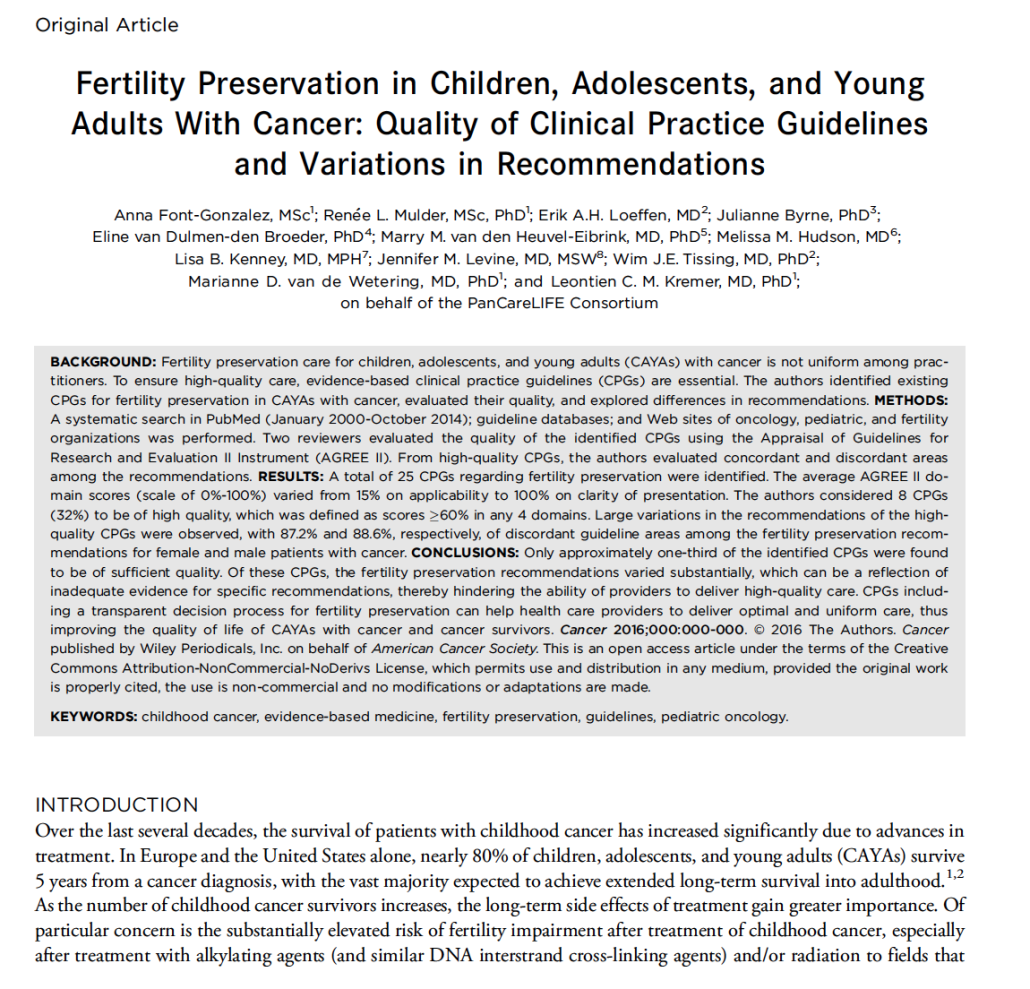 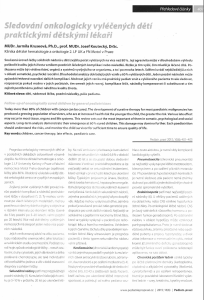 In September 2015, PanCareLIFE researcher Dr. Jarmila Kruseová from FN Motol in Prague has published an article ‘Late Effects after Treatment of Solid Tumours in Children in Vox Pediatriae, a Czech magazine for pediatricians. 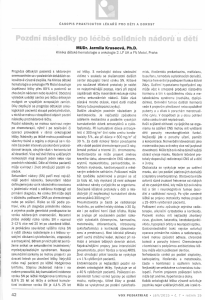 A new publication from PanCareLIFE and PanCareSurFup partners about ‘Childhood cancer survivor cohorts in Europe’ has been published in Acta Oncologica.

The paper presents an overview of the current large, national and pan-European studies of late effects after childhood cancer, in particular the EU-funded collaborative research projects PanCareSurFup and PanCareLIFE. The large cohort studies described in the paper aim to provide every European childhood cancer survivor with better care and better long-term health so that they reach their full potential and enjoy the same quality of life and opportunities as their peers, as much as is possible.